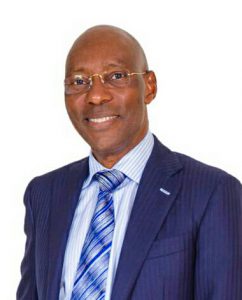 Godfrey Mutabazi is the former Executive Director of the Uganda Communications Commission (UCC) since 2010. UCC is the regulatory authority with oversight of broadcasting, postal and telecommunications services in Uganda.

As an advocate for prioritisation of ICTs in the national development agenda, Mutabazi has successfully promoted the integration of ICTs in other service-oriented sectors such as education, health, security, and governance among others. He has also been very instrumental in promoting ICT innovation in Uganda.

Godfrey Mutabazi has vast experience in both broadcasting and telecommunications and away from ICT; he is a champion for equal opportunities and gender balance.